A MESSAGE FROM DANIEL!

HI GUYS, THE LOVELY PEOPLE AT HMV HAVE ASKED ME TO COME ALONG AND SIGN COPIES OF MY NEW BAND ALBUM “THE ROCK POP ALBUM” IN THEIR BRIGHTON STORE FROM 1PM THIS SATURDAY 28TH JANUARY.

WHY NOT COME ALONG AND HAVE A SELFIE WITH ME.

AND GUESS WHAT, I WILL BE DOING IT ALL AGAIN AT THEIR EASTBOURNE STORE FROM 1PM THE FOLLOWING SATURDAY 4TH FEBRUARY.

I LOOK FORWARD TO MEETING YOU ALL THERE 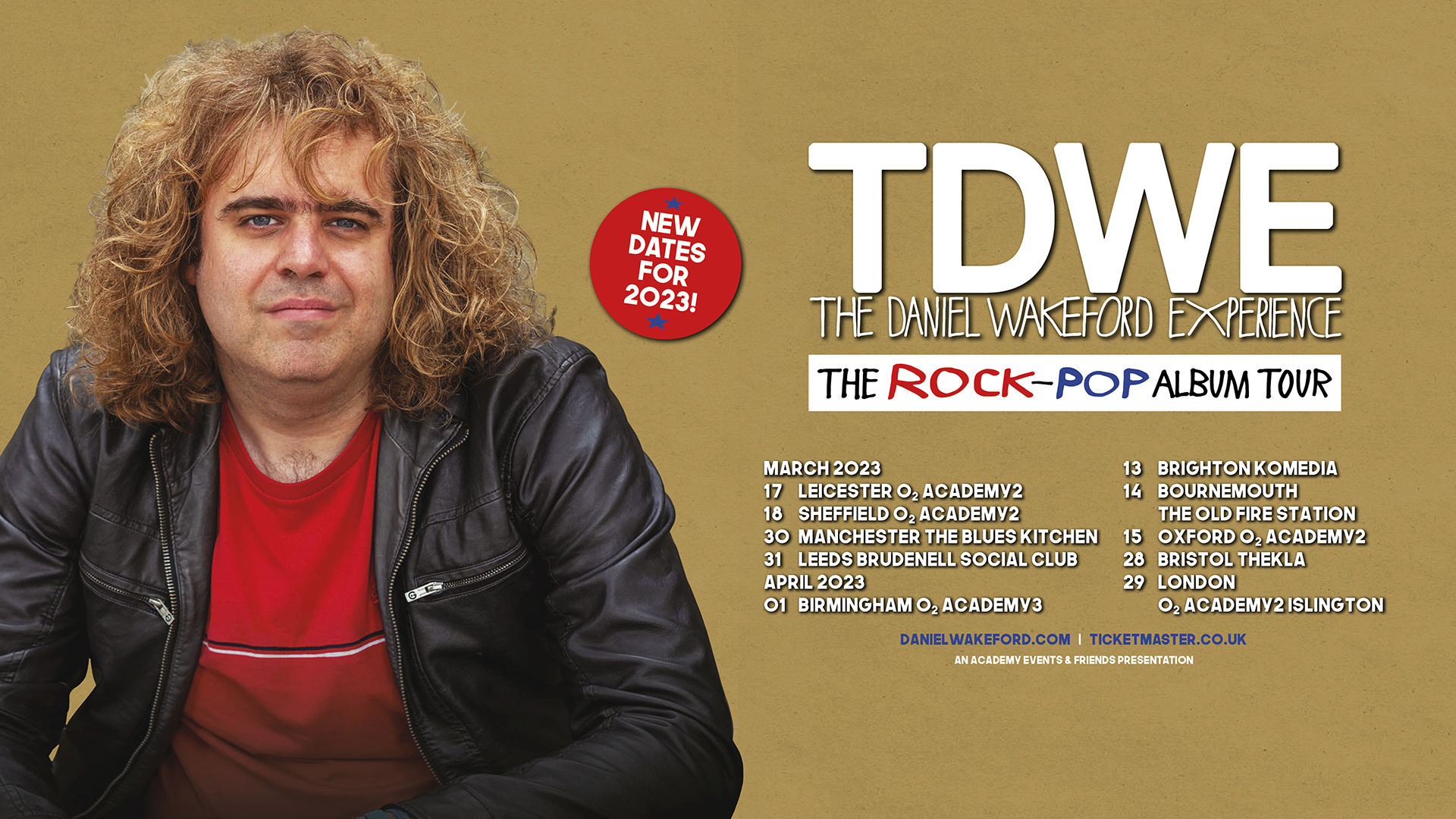 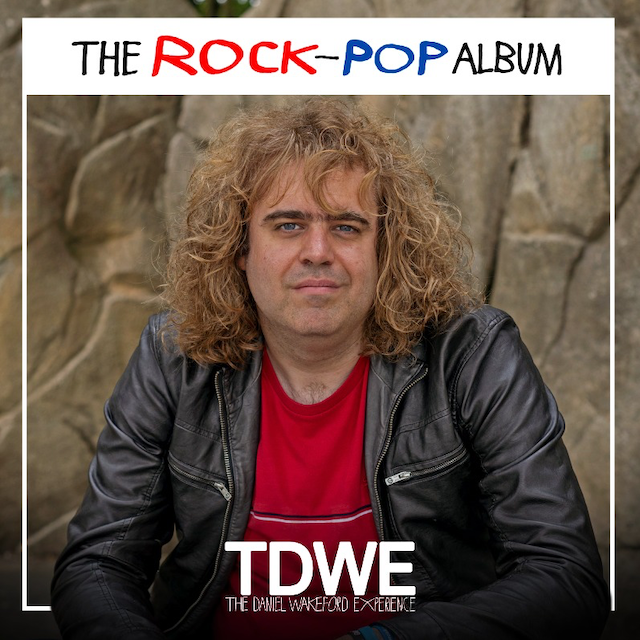 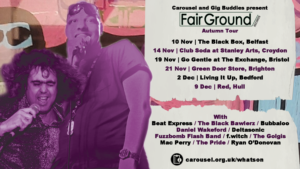 Carousel has teamed up with Gig Buddies for a six-date nationwide Autumn tour. 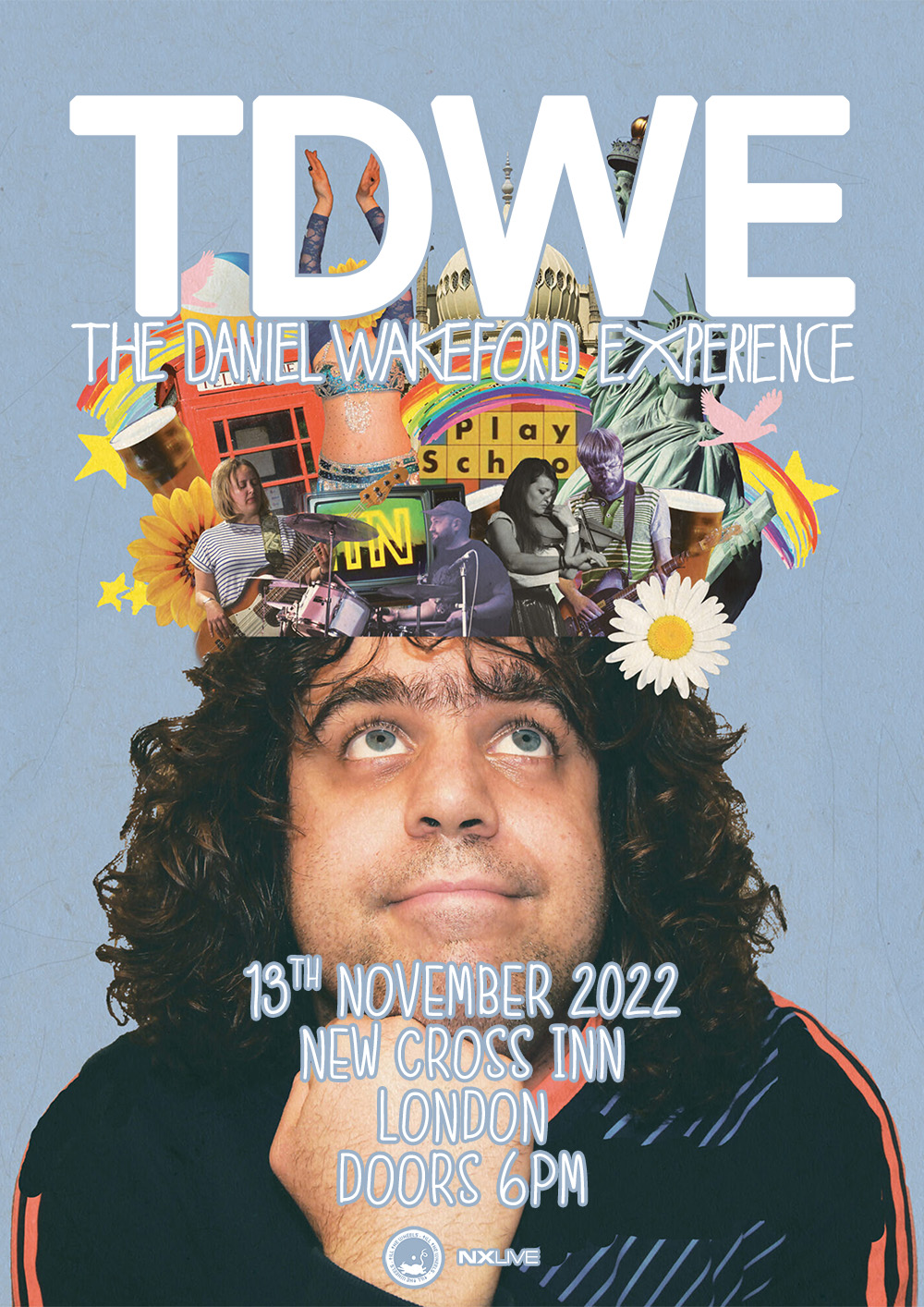 Trailer for a programme that Dan is on! Thanks to @multistorytv for facilitating the project + @itv Host @YoungsTeflon Producer / Director @dempsterd999 #EveryoneCanRap 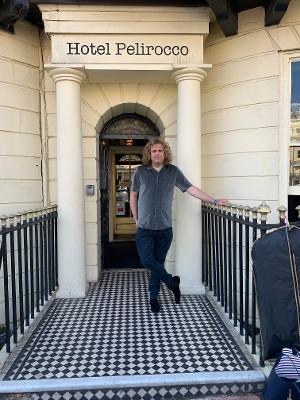 Thank you so much to all the staff at the Hotel Pelirocco for allowing me to film my new video in this stunning location.
Everyone at this amazing hotel were so friendly and
very helpful.
My New Video has been released to accompany the launch of my new single “I’m A Rock Pop Star” featuring my band The Daniel Wakeford Experience.
The single is from our new album “The Rock Pop Album” which will be released later this year in November. 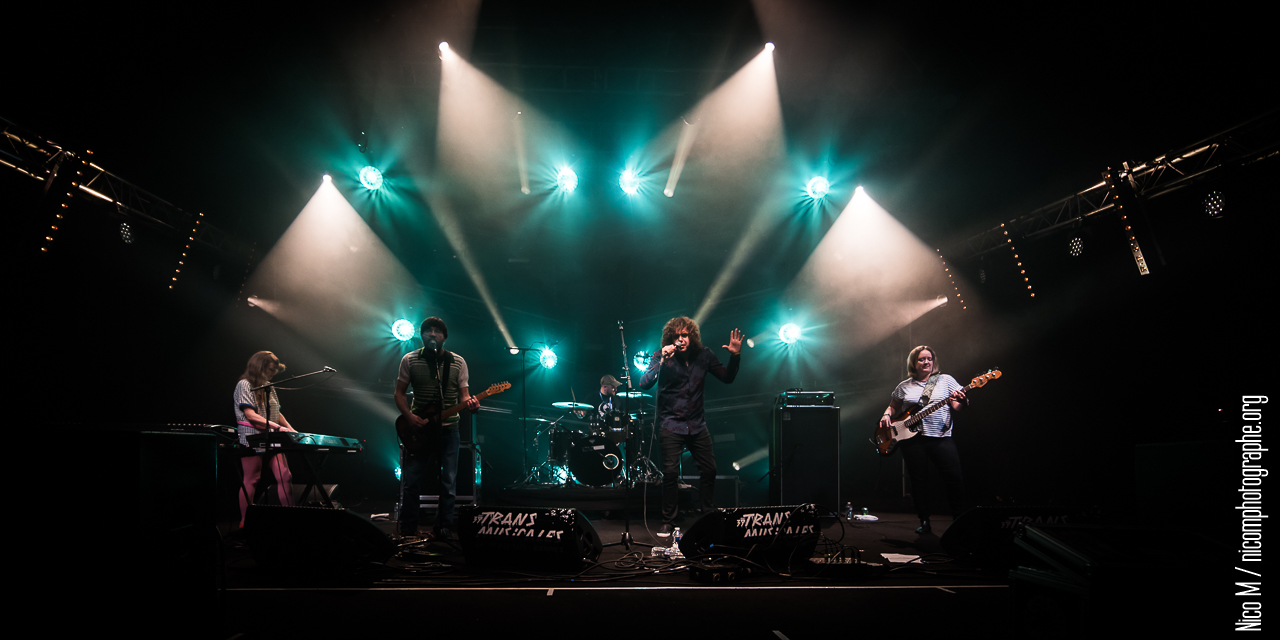 “A legend and an inspiration” Marc Riley, BBC 6 Music

Daniel Wakeford is a singer-songwriter from Brighton, UK.

Daniel, who describes himself as a singer-songwriter with autism, is an inspirational performer and is forging a new path through the music scene in the UK and portrays a much-needed positive image of learning-disabled people in the media. Bringing his music and personality to an audience eager to hear his songs through two self-released albums and at live performances, Daniel’s story really is unique.

Daniel first started creating music in 2009 when he met musician and facilitator, Tom Cook. Tom introduced Daniel to music projects run by learning disabled arts organisation, Carousel, and supported Daniel to start writing his own music. Thus started a songwriting partnership between Daniel and Tom that has spanned a decade and produced in excess of 60 songs.

Armed with a set of his original songs on a backing track, Daniel honed his performance playing at various events in Brighton and London, and in 2014 was a finalist in the European Song Competition. He performed his track The Black Of Lonely with a 21-piece orchestra in Stockholm City Hall.

In 2016, Richard Phoenix from Constant Flux approached Daniel with plans to fund and organise a UK tour. To coincide with the tour, Daniel released The Songs Of Gigs in June 2016. The ten track album was produced by Tom Cook and released through Carousel. The Songs Of Gigs tour also prompted the starting of a new band, The Daniel Wakeford Experience, to back Daniel at his live shows. A key success of the band is that it features professional musicians who also have experience in supporting learning disabled artists; Lizzy Carey (viola, keys, guitar and backing vocals), Sam Dook (electric guitar and backing vocals), Steve Tovell (drums and backing vocals) and Katie Windsor (bass guitar, backing vocals and manager).

His popularity in mainstream culture is partly due to his show-stealing appearances on Channel 4’s hit TV programme The Undateables. He has featured on the show more than any other person they have filmed to date, and when they revisited Daniel for the fourth time, going on tour and performing his track Playboy Girls, there was an immediate and overwhelming response to his music.

The Daniel Wakeford Experience continued to perform regularly throughout 2017 including at The Great Escape (Brighton) and Transmusicales des Rennes (France).

Early 2018 included support slots with The Go! Team (Electric Ballroom, London), Chain & the Gang (l’Aeronef, Lille), and an instore at Resident Records (Brighton) to promote the release of The Songs Of Gigs for Record Store Day.

Daniel’s second full-length release, That’s How I See It was released independently by Daniel and his label Common Raven Records in September 2018. An album launch in his hometown of Brighton at the iconic BA i360 was live streamed to over 15,000 viewers.

The album sold out gigs for the Academy Events/MJR Group/Friends 19-date UK tour in Autumn 2018 and Daniel made national TV appearances to promote his music on Good Morning Britain.

2021 brought a return to Standon Calling on the Main Stage, and a performance at ‘This Is Tomorrow’ festival in Newcastle by personal invitation of Sam Fender.

As of 2021, Gareth Evans and Russ Grooms joined TDWE as part of a wider pool of musicians making up Daniel’s backing band.

In 2022 Daniel became a Myth Buster Ambassador for Mencap and appeared on TV’s BBC Breakfast in February and The Rylan Clarke, Radio 2 show in April.

After a summer show at Krankenhaus Festival (curated by Sea Power), Daniel’s third studio album, ‘The Rock Pop Album’ will be released in November 2022 on Common Raven Records, and will be followed by more tour dates in 2023.

“Daniel’s got words he sings that really inspire me, great stuff for a tour’s last gig – thank you big time, Daniel.” Mike Watt (Minutemen / The Stooges)

“I just heard his music…and instantly fell in love with it. The show I caught in London recently was an absolute delight, sheer joy and showmanship with wonderful songs.” Frank Turner, Musician

“DANIEL WAKEFORD – The Crossover Beacon of the Brighton learning disabled scene. You may have seen him as a singer, as a compere and recently as a TV star on ‘THE UNDATEABLES’ (there were even mumblings of his own series!) Forget X-Factor, Daniel is the real deal; this man knows how to entertain. It takes a certain kind of Granite not to be moved by his heartfelt songs about love, friendship, family and…Beethoven.” Colin Wakefield, Tatty Seaside Town (Music Promoter)

Filling the room with feel good music the Norwich crowd were dancing, waving and singing…

…couldn’t have asked for a more perfect gig. You can’t help but leave this experience with a massive smile on your face. 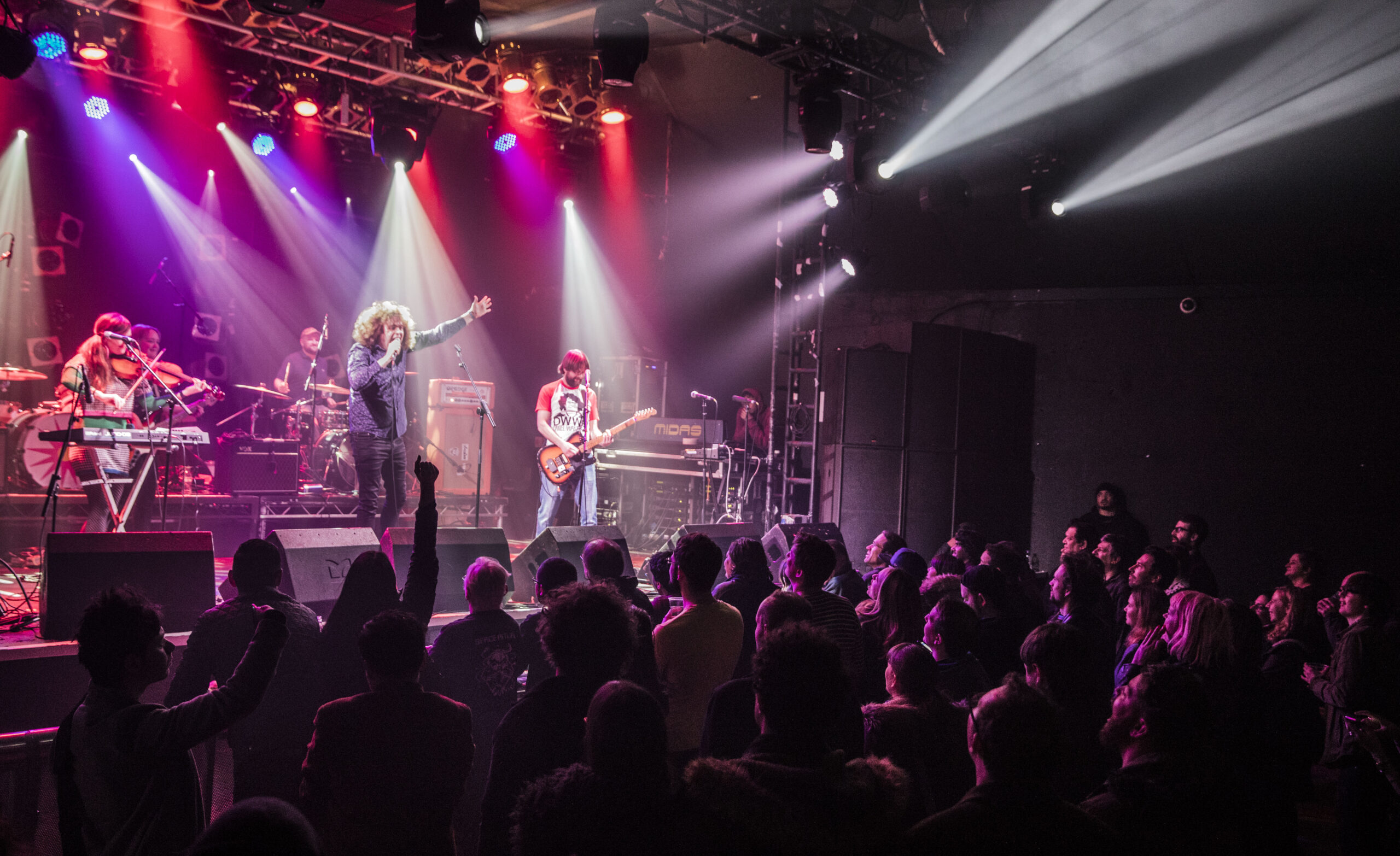 Daniel's new video for his single “Spock, Mr Spock” is being released this Sunday! SEE IT HERE!

Daniel has a range of merchandise from CDs to cute buttons! 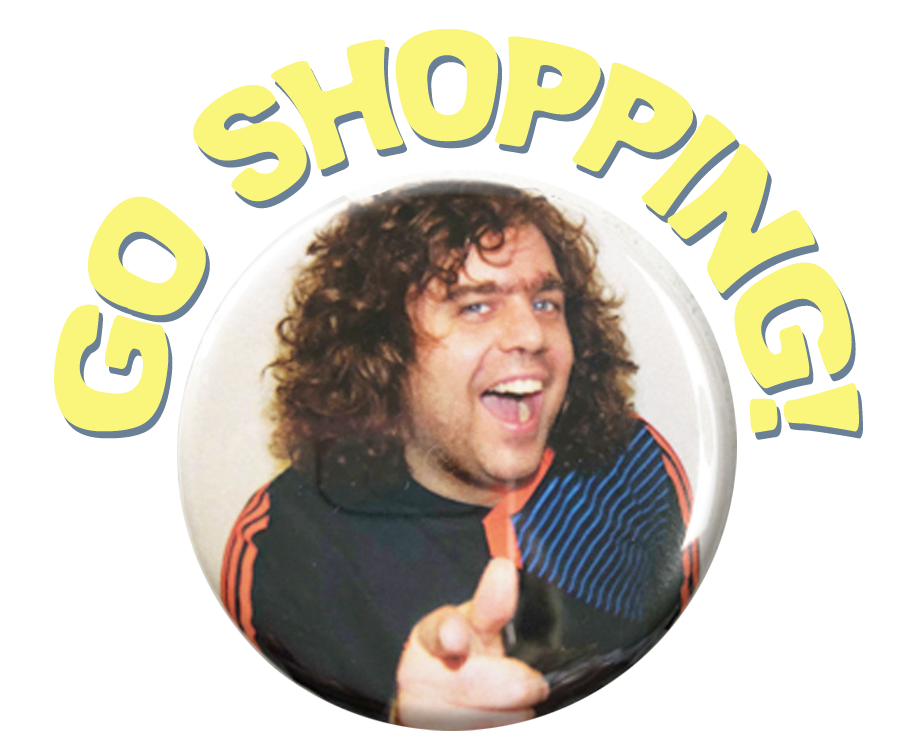 info@danielwakeford.com
We use cookies on our website to give you the most relevant experience by remembering your preferences and repeat visits. By clicking “Accept All”, you consent to the use of ALL the cookies. However, you may visit "Cookie Settings" to provide a controlled consent.
Cookie SettingsAccept All
Manage consent

This website uses cookies to improve your experience while you navigate through the website. Out of these, the cookies that are categorized as necessary are stored on your browser as they are essential for the working of basic functionalities of the website. We also use third-party cookies that help us analyze and understand how you use this website. These cookies will be stored in your browser only with your consent. You also have the option to opt-out of these cookies. But opting out of some of these cookies may affect your browsing experience.
Necessary Always Enabled
Necessary cookies are absolutely essential for the website to function properly. These cookies ensure basic functionalities and security features of the website, anonymously.
Functional
Functional cookies help to perform certain functionalities like sharing the content of the website on social media platforms, collect feedbacks, and other third-party features.
Performance
Performance cookies are used to understand and analyze the key performance indexes of the website which helps in delivering a better user experience for the visitors.
Analytics
Analytical cookies are used to understand how visitors interact with the website. These cookies help provide information on metrics the number of visitors, bounce rate, traffic source, etc.
Advertisement
Advertisement cookies are used to provide visitors with relevant ads and marketing campaigns. These cookies track visitors across websites and collect information to provide customized ads.
Others
Other uncategorized cookies are those that are being analyzed and have not been classified into a category as yet.
SAVE & ACCEPT